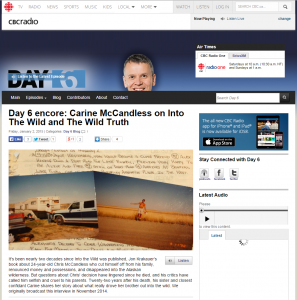 Day 6 encore: Carine McCandless on Into The Wild and The Wild Truth

It’s been nearly two decades since Into the Wild was published, Jon Krakauer’s book about 24-year-old Chris McCandless who cut himself off from his family, renounced money and possessions, and disappeared into the Alaskan wilderness. But questions about Chris’ decision have lingered since he died, and his critics have called him selfish and cruel to his parents. Twenty-two years after his death, his sister and closest confidant Carine shares her story about what really drove her brother out into the wild. We originally broadcast this interview in November 2014. 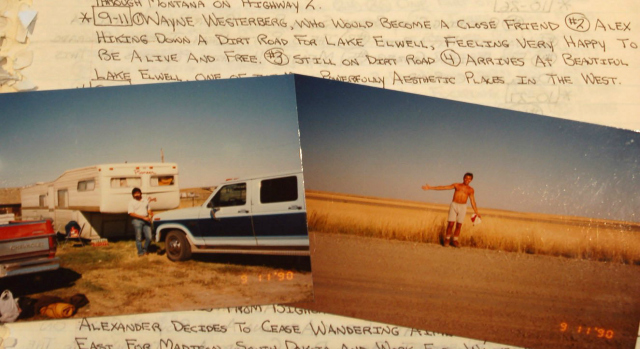