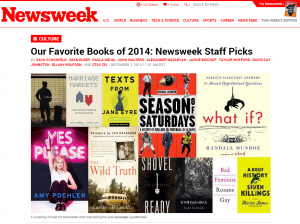 It’s an odd feeling when you’ve known—or thought you’ve known—a story for years and find yourself confronted with the reverse perspective you’ve never thought to consider. That’s what powers The Wild Truth, the new memoir by Carine McCandless, whose brother Chris McCandless posthumously found fame as the self-styled Alaskan explorer who abandoned a comfortable upbringing to journey west and trek into the wilderness.

The elder McCandless perished in 1992, but his sister fills in holes where Into the Wild author Jon Krakauer could not, specifically centering on the family history of abuse and deception that drove her brother to sever ties in the first place. It has been a long time coming: “I felt like I was doing a disservice not just to Chris and his memory but a disservice to all of the people who seek inspiration from [him],” McCandless recently told me in an interview. The Wild Truth is a moving narrative of domestic abuse, grief and survival, and for the perspective and revelations it contains, an essential addition to the Into the Wild story. —Zach Schonfeld